Famac was established in 1964 by the current owners and directors. Initially the company began manufacturing and marketing car and motorcycle accessories, such as cushions, wooden radio knobs, etc. and then launched out into the bodywork spare parts sector with, to start with, internal plastic and upholstery parts such as radio tunnels, shelves and roofs and, subsequently, also outer components such as rim covers and under bumpers.

The main products made by Famac Snc definitely are the broad range of rim covers, with almost 200 polyamide (nylon) models produced – a range that is regularly updated -, rear shelves, inner fenders included in the last few years and a fair assortment of which is now available, sun visors, preformed mats and vintage products, for the Legendary Fiat 500; but the catalogue also lists moldings, soundproofing, glazing and mirror plates, wordings, license plate holders, and other articles that help extend and complete the catalogue to provide a better service to our customers. The range of vintage products, nearly all of which consisting of articles for the Fiat 500, has been regularly extended over recent years, until it now represents a consistent part of the Famac catalogue. The first articles were listed when the firm started business and when the 500 was a best-selling vehicle. Others were added in later years. The major ones were initially the hard top, the fabric top and the door panels. Because the demand remained high despite the age of the car, the range was extended whenever possible. Finally, in the late-90s/early-2000s, demand soared when the 500 became “fashionable” and “vintage”; new articles went into production and lots of others were included in the catalogue to create a vast assortment.

Motorsport and other transportation means 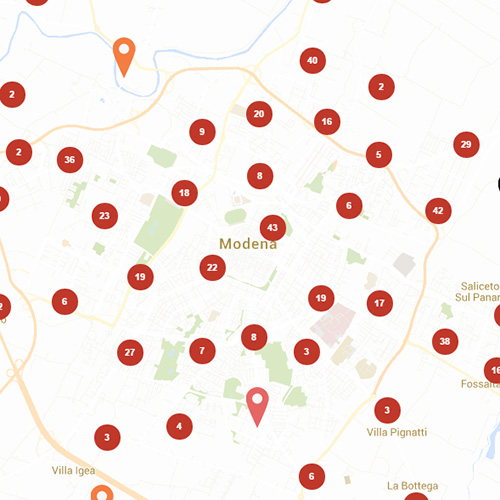 Reference to and use of the data and documents available on the website are only allowed for legally recognized purposes. Any abuse will be prosecuted.
Top